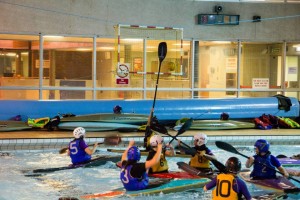 We rocked up at Stratford with a team of four, so confident were we of winning due to illness. We started with a match against Amazons where we were able to press the zone repeatedly and had lots of shots on goal. Our first goal came for a break, Anja Mizdrak started ahead dribbling with a pair of defenders putting pressure on her. Abi Edmonds came through from behind, calm (but fast) as anything, received the pass from Anja past the defenders and made a beautiful left handed shot on goal into the bottom corner. 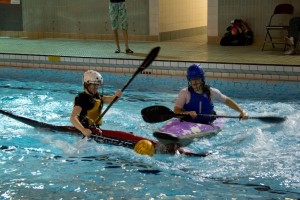 Abi going in for a tackle

Sadly two goals from Amazons left us 2:1 down but we were still fighting. At the second centre restart Helen Tatlow passed to Sophie Louth as the team put pressure on the unusually tight zone, Sophie was able to shoot over the zone (who were distracted by the aggressive attack of the rest of the team) and passed the keeper, now we were drawing. Sadly at the last minute Amazons managed to make a break from our press and score the winning goal. 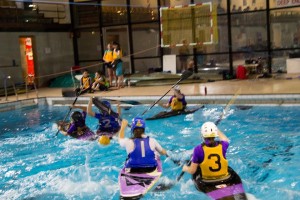 Next we played University of London’s A team, one of the most successful university ladies teams in the country. This game was rather less successful due to their aggressive attacking style leaving us with a 8 nil defeat. 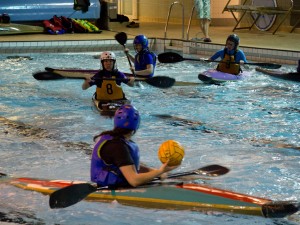 Helen looking for a pass

Meridian was our next opponent, the largest club in the country and therefore a large pool of players to choose from. Another tight match with goals from Anja and Helen but sadly not enough again loosing 3:2. 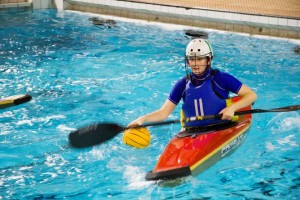 Sophie picks up the ball

Lastly we played UoL B team where we thought we had a better chance but although Sophie scored one last goal and all had a number of shots on goal, their new keeper trained at Warwick Uni was too good and we lost 3:1. 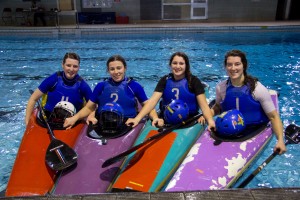